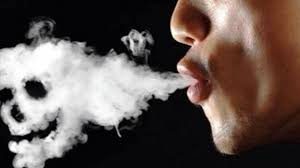 Despite a significant decline in the number of people smoking tobacco in the United Kingdom, statistics show that the habit is still rampant. Research has also shown that smoking is the most significant cause of preventable deaths in the UK.

To put things into perspective, here are the effects of smoking on your body.

We all know someone who can’t function whenever they miss their smoking break. When you are addicted to nicotine, missing out on the dose, you are used to daily can lead to withdrawal symptoms which are responsible for causing anxiety and irritability.

This is one of the most unfortunate effects of smoking. Research shows that when smoking is done over time, it increases the risk of acquiring eye problems such as glaucoma and cataracts. Smoking might make you feel good for a moment, but the risks involved are far-reaching and deadly.

Smoking has been closely connected to diseases such as coronary heart disease. Consumption of nicotine, science shows, is capable of causing clotting of blood throughout the body. The clots, on the other hand, increase the chances of getting a heart attack and conditions such as pulmonary embolism and stroke.

Raises the Risk Of Getting Cancer

Smoking has been linked to different types of cancer. The most prevalent among smokers are throat, mouth, bladder and kidney cancers. However, it can also cause other kinds of diseases such as lung and cervical. People who smoke have a higher chance of getting cancer than those who don’t.

This is not rare among men who smoke. This goes without saying; an erection cannot happen without adequate blood flow. When you smoke, this process becomes hard as it is capable of constricting your blood vessels. On the other hand, smoking decreases libido in women.

Smoking comes with a lot of health risks to your body, and there’s no safer way of doing it. Quit now!